Blog: How to Improve Mother and Daughter-In-Law Relationships 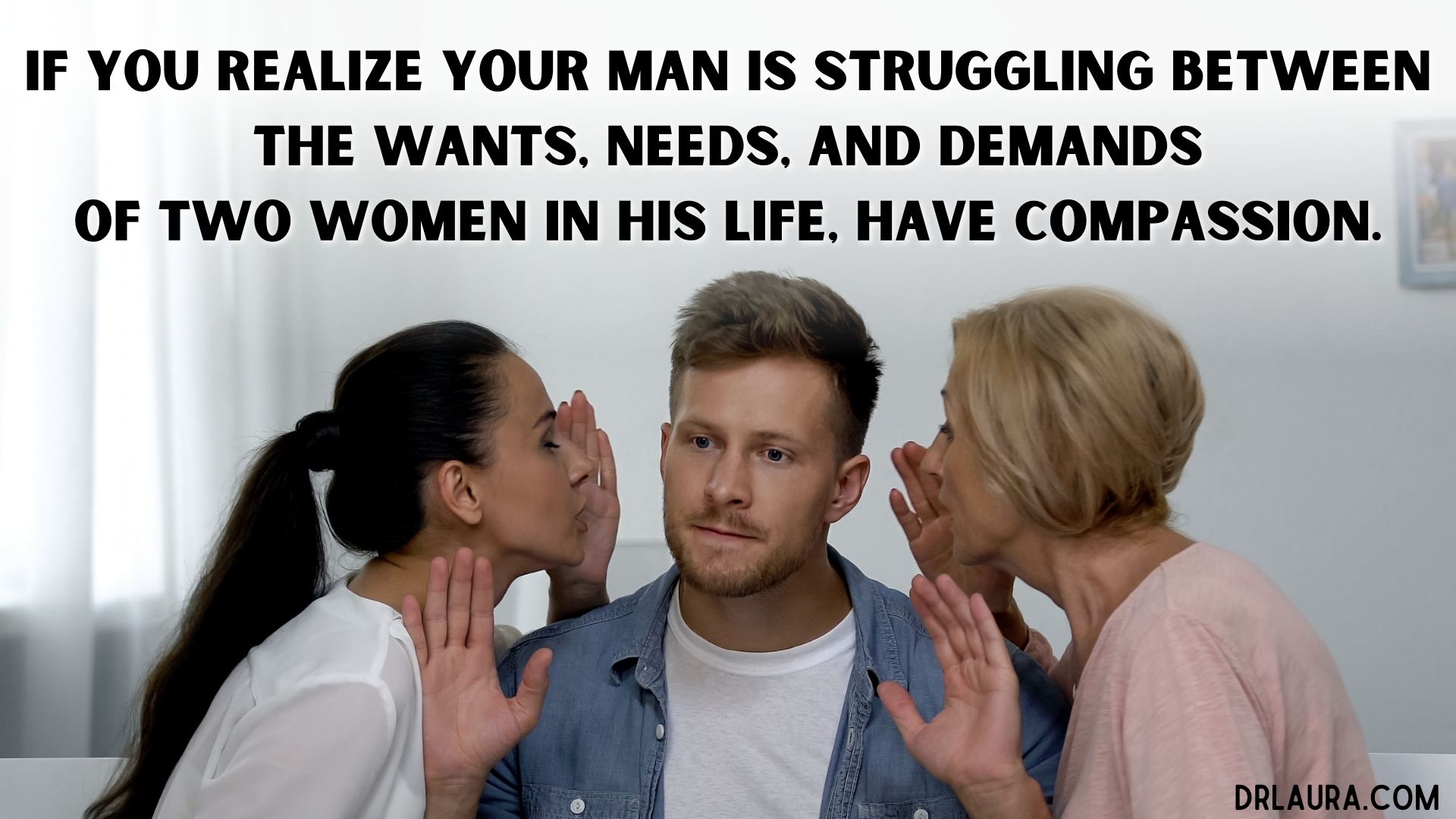 Some years back, I was revving up to write a book about this. But as I've said many times, publishers want hate, anger, and politics because that's what sells. I wanted to make mother-in-law and daughter-in-law relationships better. My book didn't fit.

I read an interesting article from yourtango.com by Mitzi Bockmann, titled, “5 Sneaky Ways a Man’s Mother Can Poison Even the Strongest Relationships.”

She's divorced from this guy because of mother-in-law problems. I thought it'd be interesting to read some of her highlights.

Mitzi writes: “Over the course of my ex-husband's life, my mother-in-law did things ‘just so’ but her ‘just so’ didn't match mine. And that definitely caused some friction in our relationship. My ex-husband didn't care how we did Christmas or birthday parties or when we turned the heat on – he would go along with whatever.”

That's what a lot of men do. They do have an opinion, by the way. They do want certain things, especially things they're familiar with and enjoy. However, these men have two of the most important women in the world to him, one on either side, both holding an arm and pulling. The easiest thing for a guy to do is, “I don't care. It's all good with me. You guys work it out.”

It now becomes between the mother-in-law and the daughter-in-law. The guys just keep their heads down.

“As the years went on, I learned to adapt... It worked to keep the peace between us but my marriage was definitely damaged by the conflict that was present in the years before we worked things out.”

The author brings up a very important point. She says, “Like it or not... the sun rose and set on him!”

The moment this happened to me before Deryk and Tracy married.

We were all going shopping in a very nice store. In the old days when I went shopping and he was a little kid, he would pick out outfits. “Yeah, try that with that, Mom. No, Mom, that's ugly. No. Yes. Yes.” It was very funny.

We walked in the store and Tracy goes to try something on. Deryk followed her and picked out clothes with her.

I just stood there, feeling shaken. He walks over to me, looks at my face, and says, “What's wrong? What's the matter?”

The ironic thing is when he was really little, he said, ‘Mommy, I love you so much. When I grow up, I'm going to get married and we're going to move in and live with you.”

“Yeah, no, wives kind of like their own homes,” I replied.

“Okay, Mommy, when I get married, we're gonna move next door.”

“You know, wives kind of like to live on their own block.”

“Well, I'll live down the street.”

“Yeah. No.” And I kept making the distance greater.

You can be totally understanding about that philosophically. But when it comes down to the moment you realize you're off the throne and somebody is – fortunately I liked her, there was no other issue going on – it’s like a boom.

Like a mother, I wanted to go in and help her with the clothes. But Deryk pointed out, “No, she doesn’t need you to do that.” Well, then what the hell do I do? Can somebody give me a list?

He put his arm around me and said, “You're my mom, she's my wife. You two are going to be friends and not drive me crazy.” That cracked me up. My son has a great sense of humor.

No, we have not driven him crazy, but I think we ought to gang up on him one day and try it.

The article goes on to say, “Imagine what it must be like for him to have another woman in his life — another woman he loves intensely who he would do anything for. And imagine if both of those women were asking different things of him.”

Mitzi writes, “For [men], conflict is a scary, scary thing and something to be avoided at all costs! So, when your man is presented with having to choose between the needs of the two women he loves the most in the world, imagine how paralyzed he would be.”

He doesn't have the skills he needs to navigate this. That's why I’ve spent a lot of times over the years with these guys on the phone, saying, “That's your mother, this is your wife. If the two of them are drowning, you're going to pick up your wife first.” That's the way it should be. It's how I raised my kids. Meanwhile, my son taught me how to float on my back, so he could come back and get me.

If you realize your man is struggling between the wants, needs, and demands of two women in his life, have compassion. You're a couple.

Don't get testy if he calls his mom and brings her flowers now and then.

Maybe you and she wouldn't be friends because of the age difference. But if we weren't relatives, I would still make a friend out of Tracy. She's a nice person, and she likes shopping. My dream! 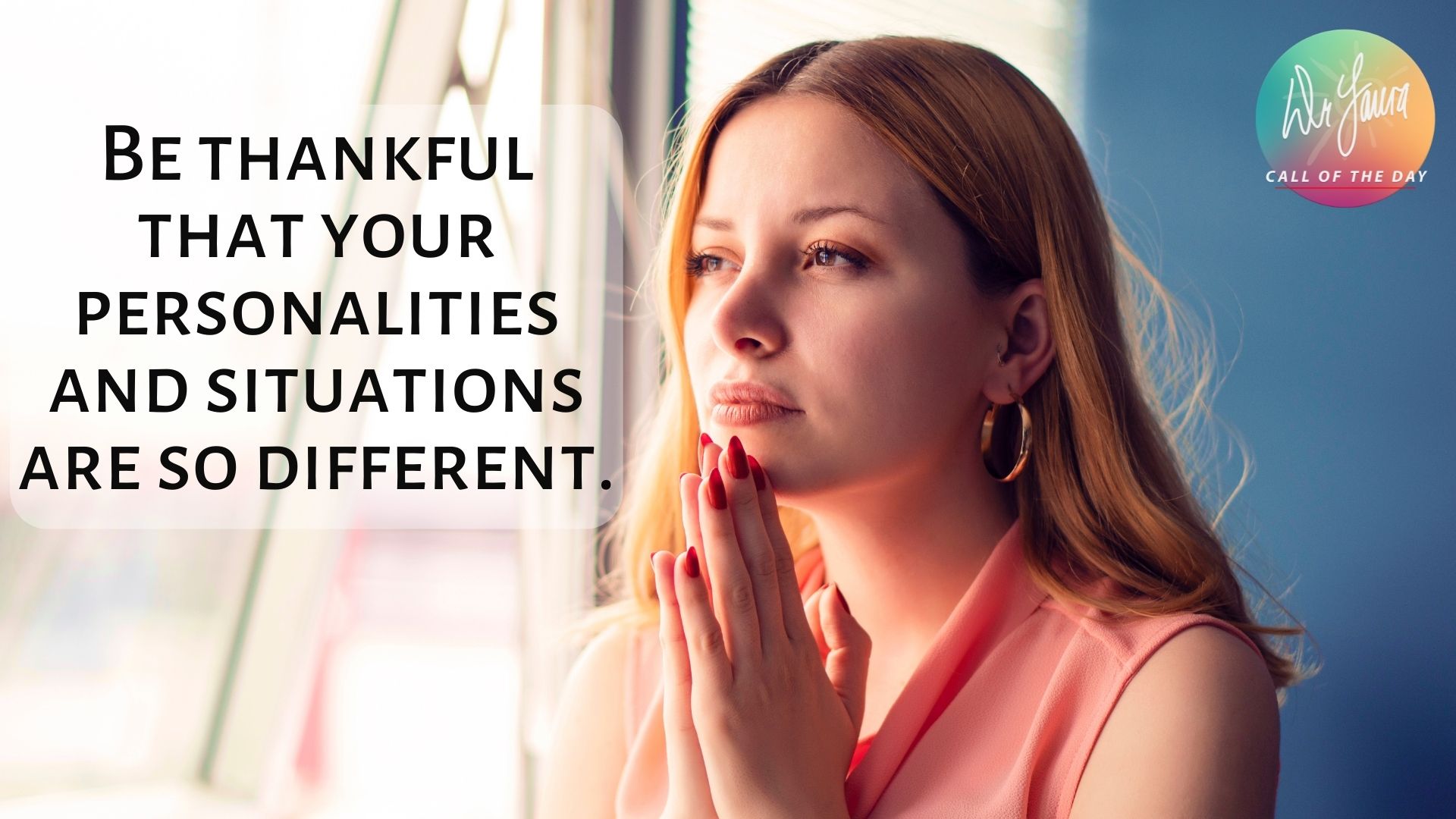 Call of the Day Podcast: My Mom Favors My Sister 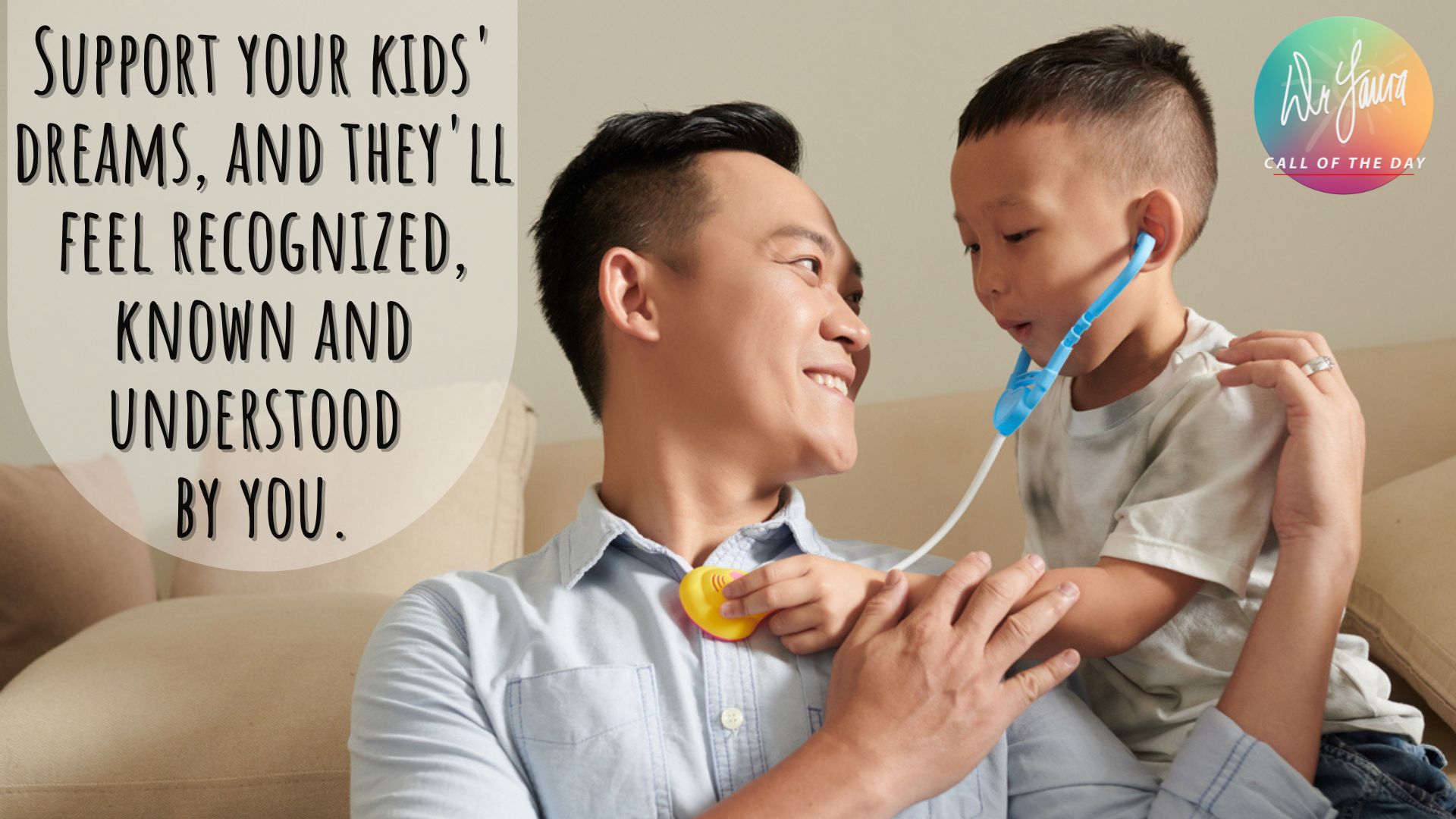 Call of the Day Podcast: I Want My Sons to Become Doctors 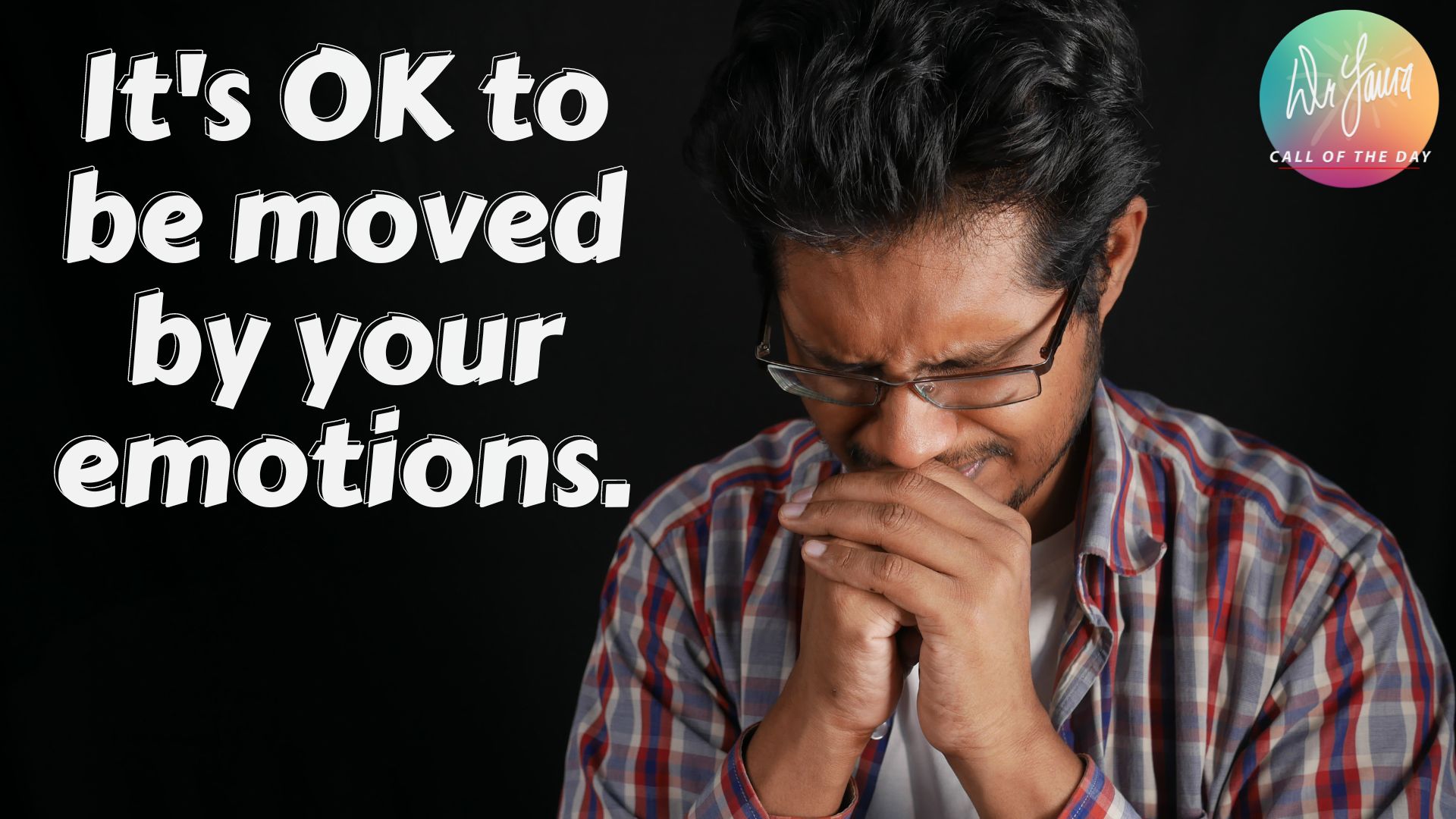 Call of the Day Podcast: I Feel Guilty For Not Feeling Guilty 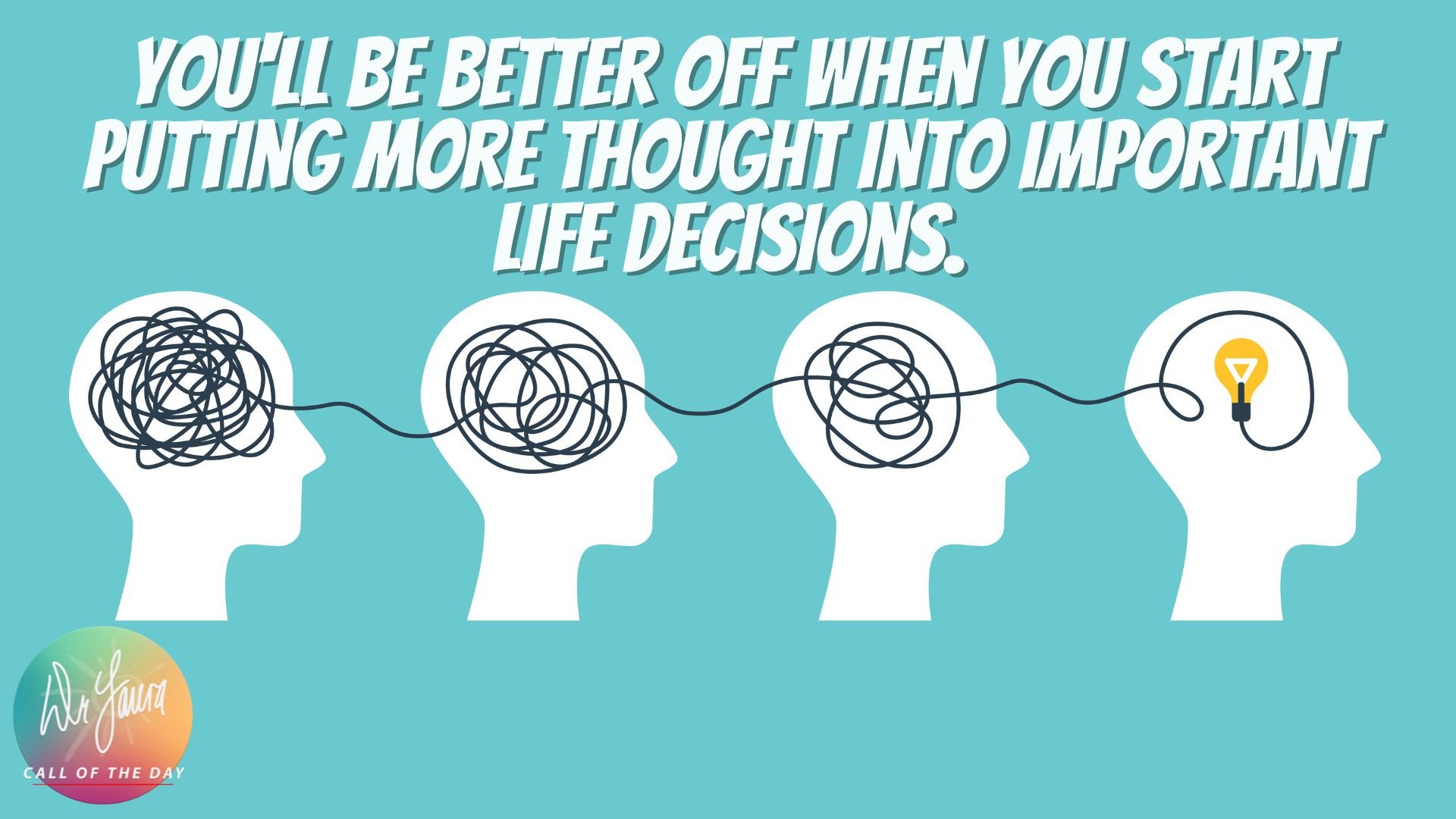 Call of the Day Podcast: My Deadbeat Brother is Living With Me