Blog: The Impact of Choosing Preschool Over Motherhood 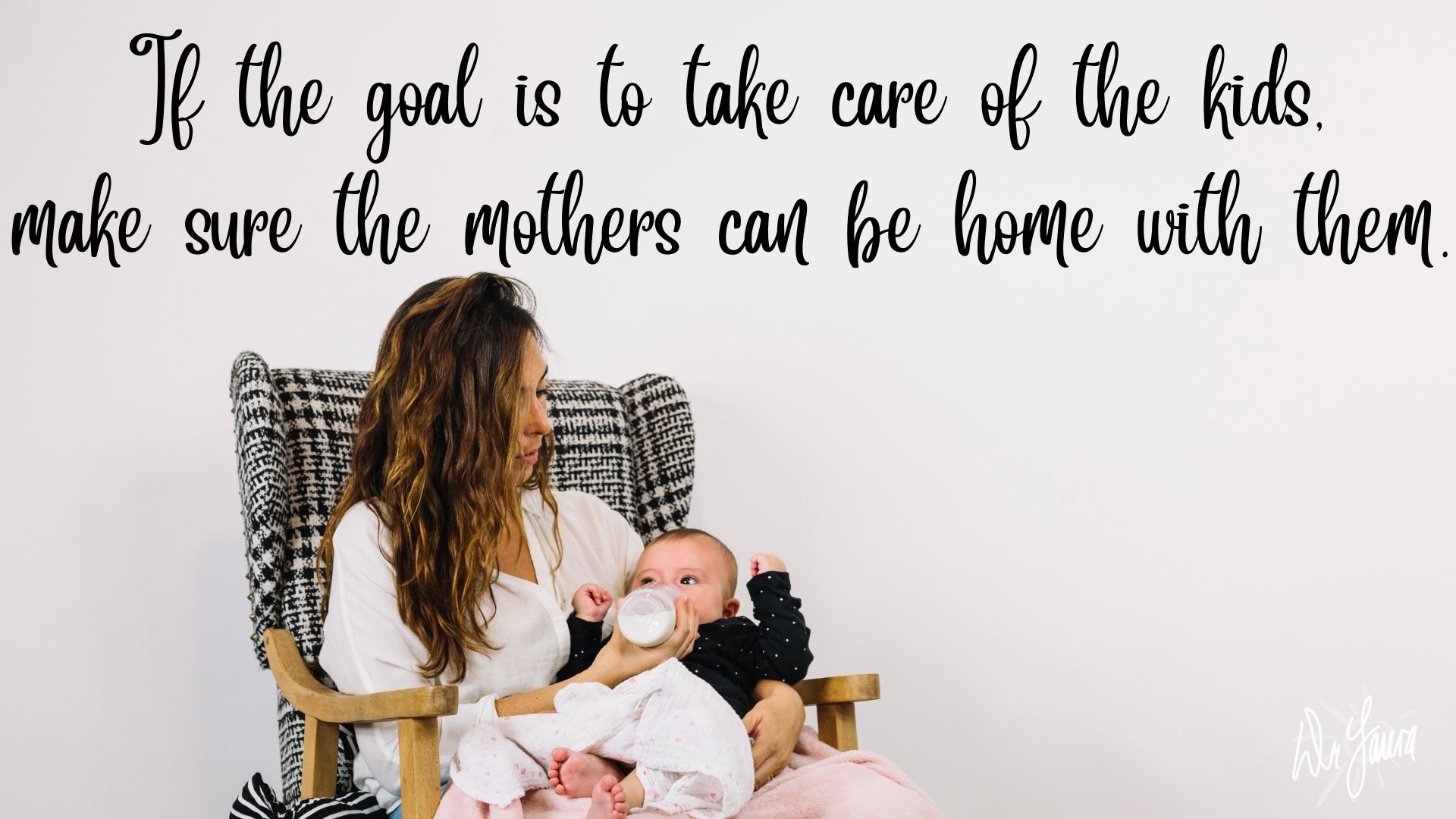 It’s a historic week on this program. Historic because we're starting off with a lot of information about being a stay-at-home mom. I wrote a book called "In Praise of Stay-at-Home Moms.”

I just pulled together some research and quite frankly, no matter where you do the research in what country, you come out with the same results. And the results are what a lot of politicians don't want.

Years ago, I got a call to my office and I thought, ‘Gee, why would I be getting this call? Well, I'll know if I answer the phone.’ There was a very well-known actor who also became a director, I believe. I answered the phone and he starts going on about daycare and getting involved in some politicians trying to bring bills nationally and locally to promote, support, and pretty much determined that kids are going to go into daycare.

He’s quite a high-energy guy, and he starts in again with low socioeconomic people, women who have no men around, all of this sort of stuff. You know, we've got to take care of the kids.

And I said, “Well that I agree with, however, I would rather you spend your time and money focusing in on what you can do to help these women stay home with their kids.”

He started yelling at me and I had to pull the phone away from my head. It escalated to very loud yelling like, “Who told me to call her? What the hell?”

It degraded from there. I'm a little stunned and he hangs up on me.

If the goal is taking care of the kids, the technique should be to make sure the mothers can be home with their kids. It shouldn't be an animal farm where you take the kids away from loving mommies, loving daddies, sisters, brothers, family dogs and cats.

We never chatted again. I was kind of happy about that. It was an interesting phenomenon because I thought what I offered was terrific. Figure out a way moms can be there so the kids can have their moms because all the research indicates that's better.

I have studies from all over the world. Let me just do this one because it came out on March 21, 2022. Joy Pullman wrote a piece for The Federalist titled, “High-Quality Study Finds Preschool Enrollment Makes Children Learn Less and Misbehave More.”

Now, the problem with presenting this research is that people don't like to hear it. Politically, it's kind of a hot potato. To me, it's ripping children out of their mother's arms, you know?

We should also make sure they're of quality. Well, very few of them are of quality. Like when people say, “Well, if it's a high-quality daycare.”

Well, go ahead. Find me twenty.

As one author of the study said, “The study authors expressed surprise at their results.”

They were honest enough to say they went into the research figuring they'd find out daycare was fine and they were surprised because they did not go in with preconceptions.

When you do research, you're not supposed to have an opinion. But sociological research of course, everybody goes into it with an opinion. And it's not a hard science, so it's easy to make it come out anyway you want. I assume these people are pretty honest. They stood by their data.

“If the programs we have created do not produce the desired effects, the findings themselves should not be dismissed simply because they were unanticipated and unwelcome.”

I have rarely heard scientist-types, including sociologists, be that honest. We don't like this result. We didn't expect it. We don't want it. But here it is. That's a person I can believe.

Here's what happened. And this was just published within weeks.

“Low-income children who attended Tennessee's highly praised preschool program performed significantly worse on every academic and social measurement by sixth grade compared to peers who did not attend the program, a recent high-quality study found.”

We knew this 50 years ago. Head Start didn't work, but it's still in place.

They were calling daycare pre-K so you'd think it was school. You know, you rename things, they sound better. Naming things makes a big deal. Words matter.

On the sixth grade TNReady tests, control children [who mostly didn’t attend preschool] continued to outperform the TN-VPK children in reading, mathematics, and science, with statistically significant differences larger than those observed in third grade.”

The study also found that the children in the TN-VPK group exhibited negative behaviors including “decreased rates of school attendance, violations of school policies, cheating, disobeying the dress code, being held back a grade, being diagnosed with learning disability or emotional disturbance.”

Furthermore, Pullman writes, “This is not the only study or the only good-quality study to find similarly negative consequences of enrolling children in daycare. For example, recent studies of a large government childcare program for children zero to five in Quebec found participants experienced similar increases in anxiety, aggression, hyperactivity, and crimes committed.”

That's right! Back in 1997 Quebec started a full-day, all year childcare program for children 5 and under. They assumed universal day-care would enable more women to be in the workforce and therefore give kidlets an economic leg up. But the results don't live up to the rhetoric. The Institute for Family Studies published “Measuring the Long-Term Effects of Early, Extensive Day Care” by Jenet Erikson. It's a political football.

In her study, Jenet Erikson writes “Within the 10 years, comprehensive analyses of the universal... child care program, including its impact on childcare use employment patterns, children’s and parents' outcomes suggested cause for concern. Social development among children as indicated by both emotional and behavioral measures had significantly deteriorated in Quebec relative to the rest of Canada (10 percent of a standard deviation lower).

I can't tell you how many letters I've had from grandfathers over the year. Grandfathers, never grandmas, who saw the little boy getting diagnosed as hyperactive, then the parents took him out of daycare, and in some cases kindergarten, and home-schooled them and hung out with them and played with them and focused with them. Those boys suddenly were no longer diagnosed with hyperactivity. I wish I had saved the letters. Nobody saves paper anymore.

They sort of turned their kids over to daycare. It's the end of parenting.

“But it was it hard to predict whether negative outcomes identified for two to four-year-olds would persist across their development or simply dissipate?”

I am here to tell you they don't dissipate. 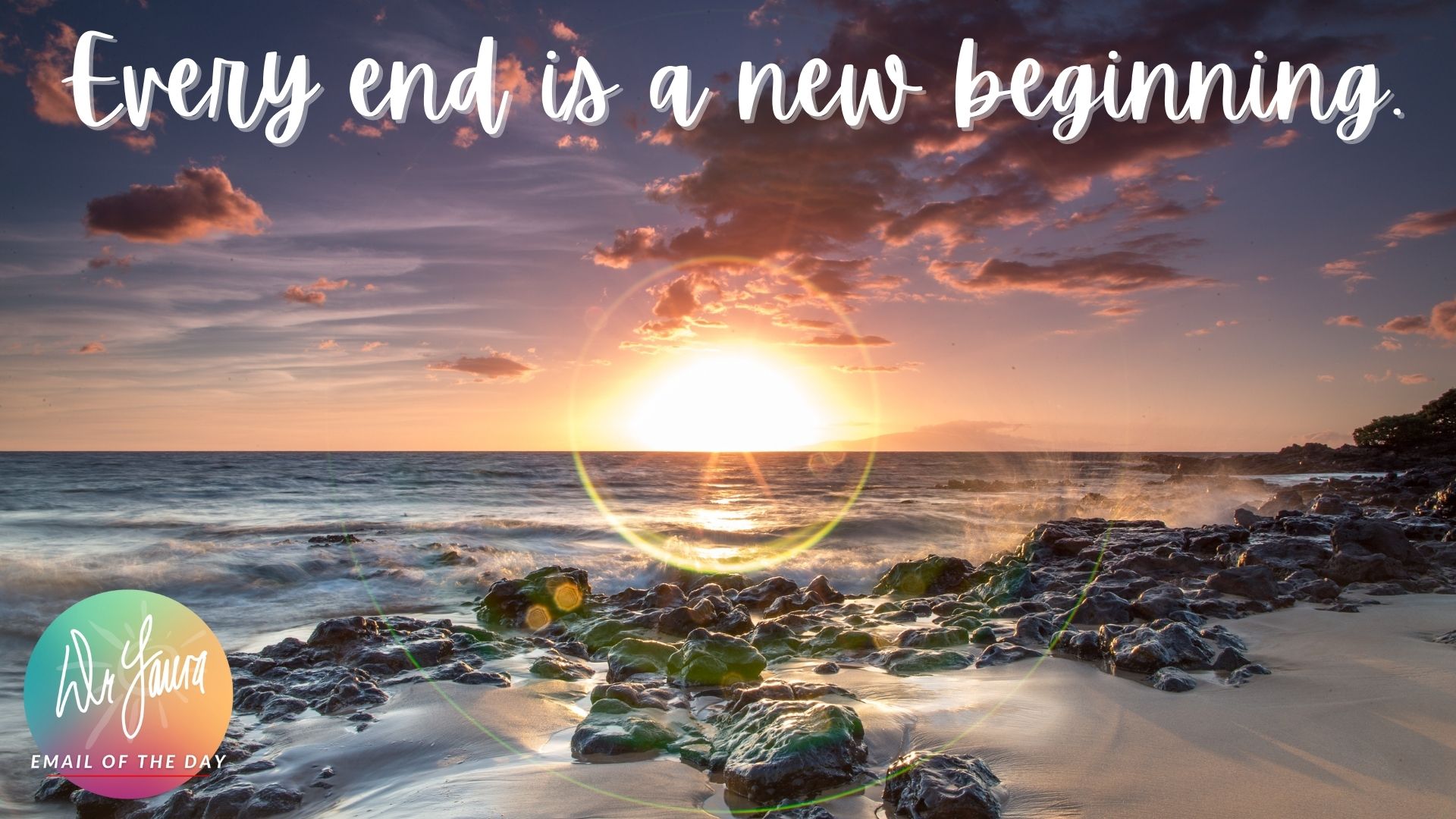 Email of the Day: I’m Starting A New Chapter In My Life

Email of the Day: I Feel Sorry For My Friend Who’s A Working Mom 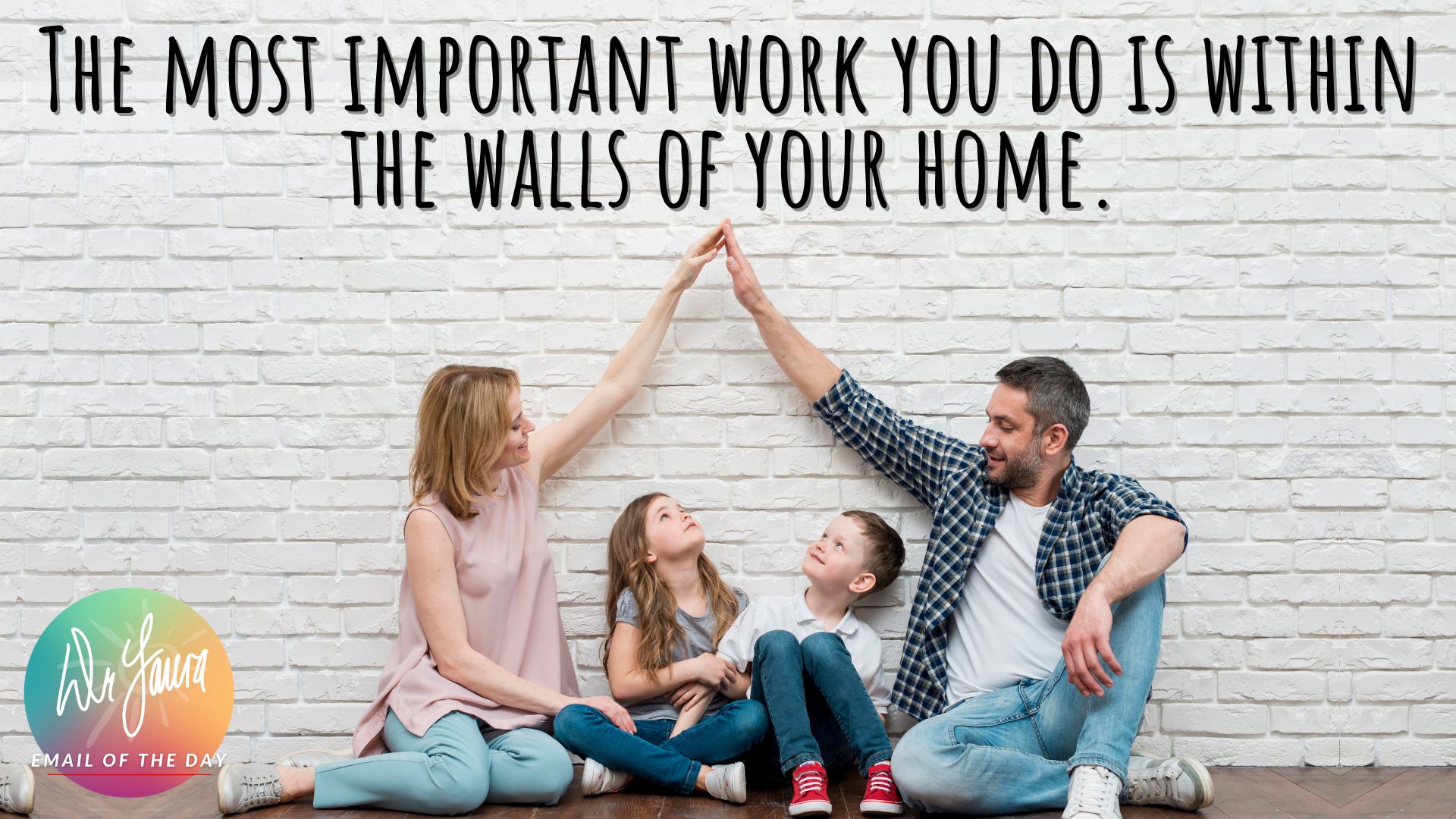 Email of the Day: I’m Proud To Be A Wonderful Homemaker 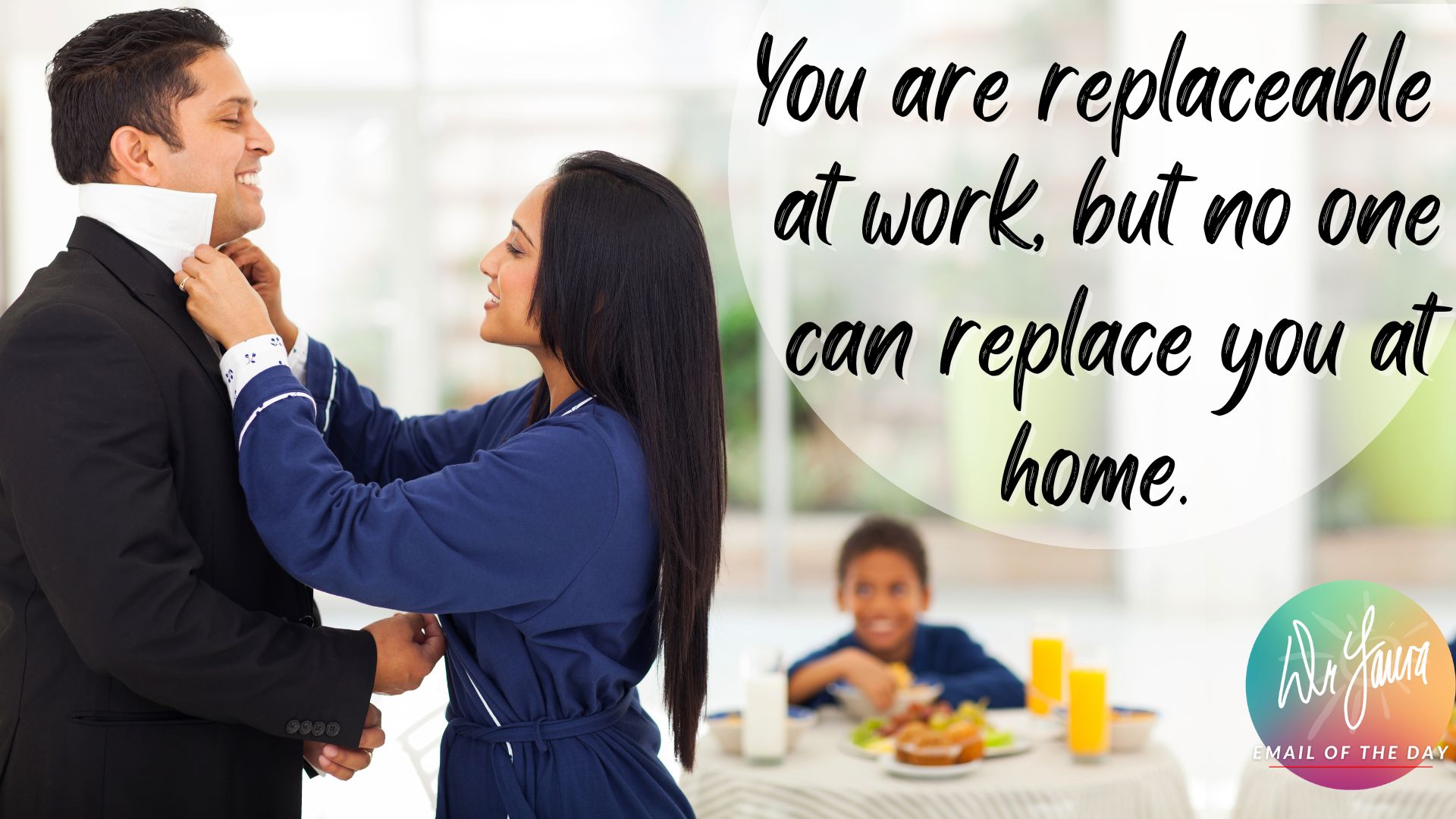 Email of the Day: Our Finances are Tight, But We Have a Happy Home 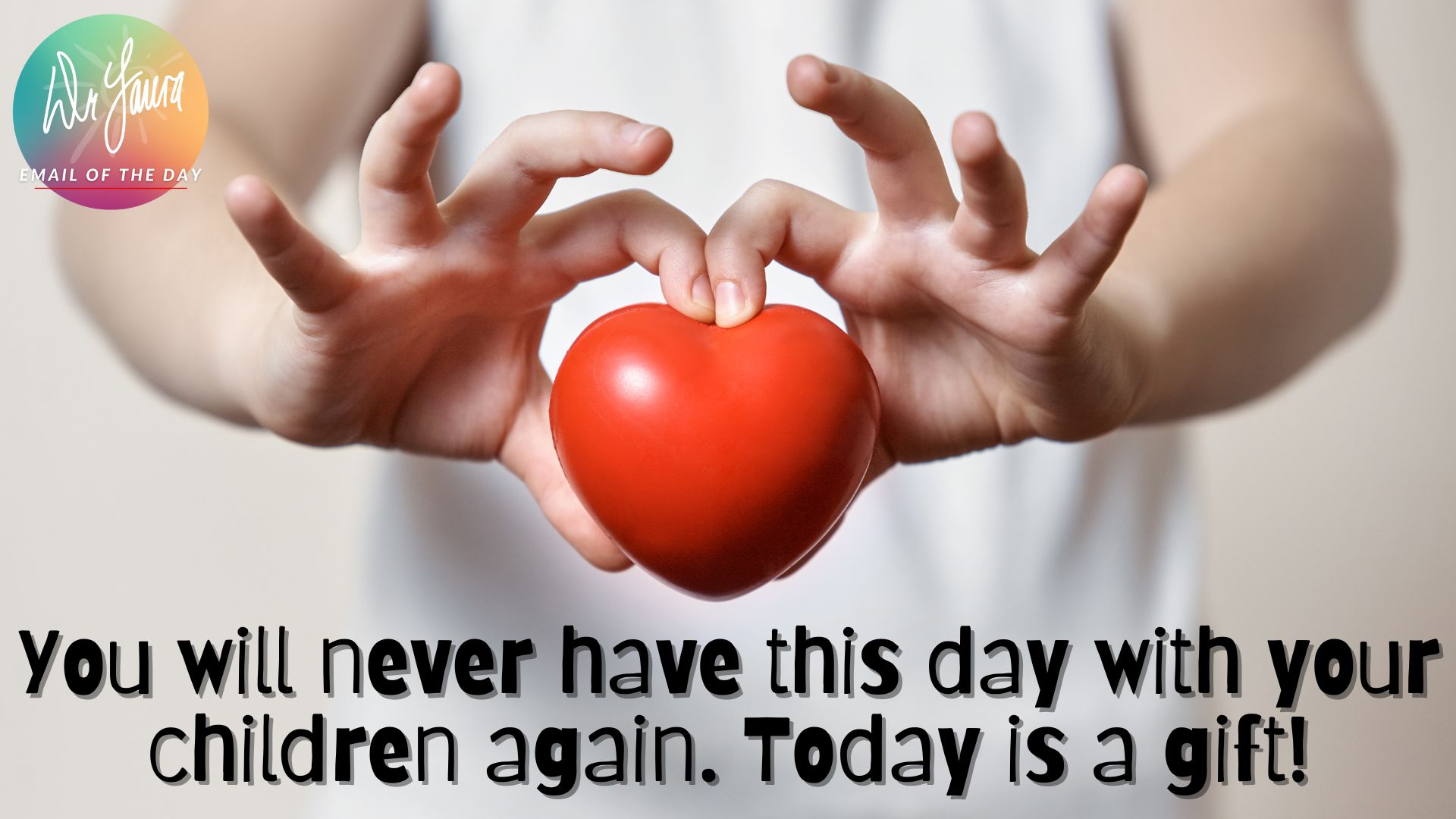 Email of the Day: We Thought We Needed “Just a Little Bit More…”