Blog: How to Avoid Motivation Burnout 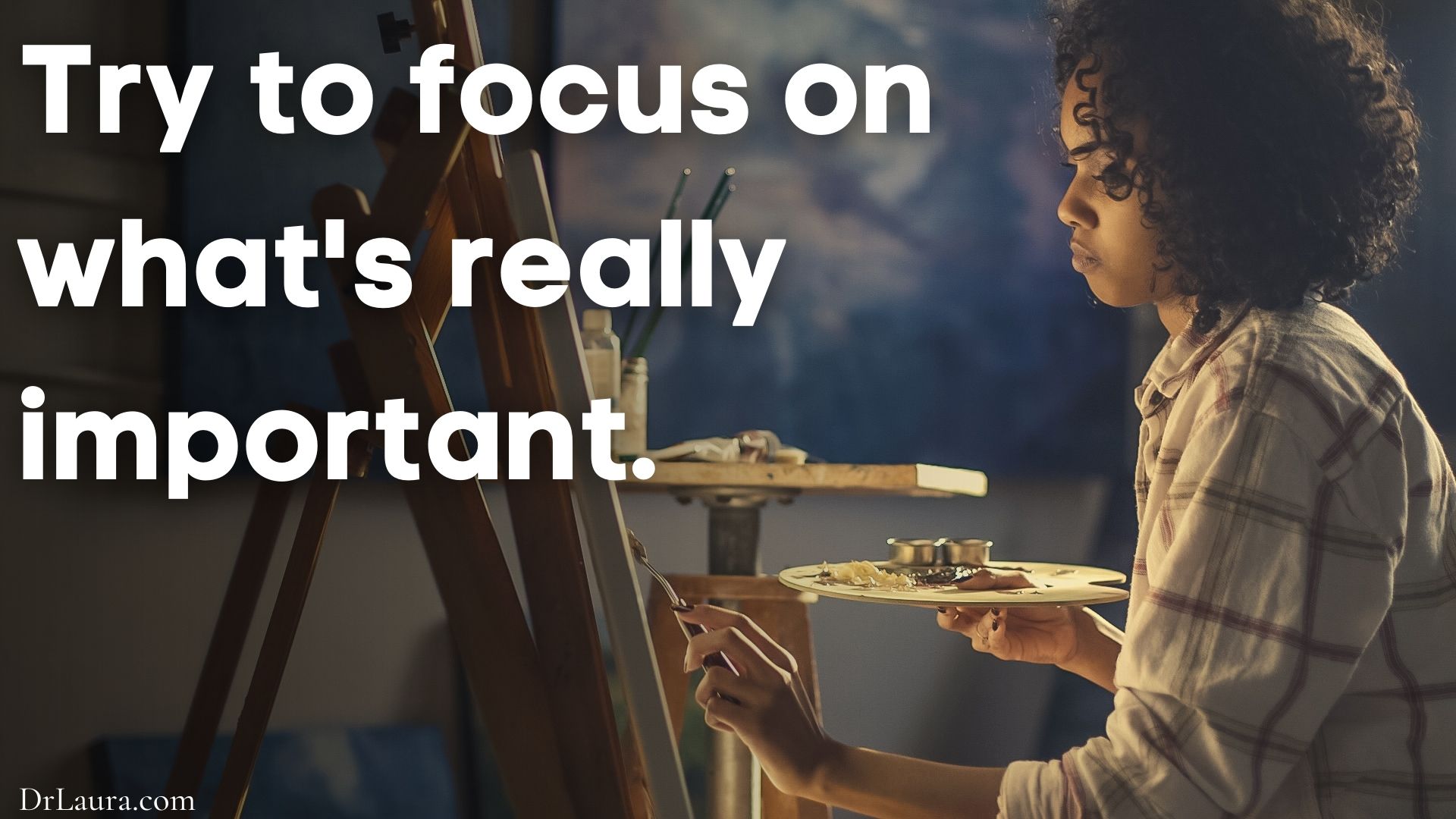 I want to talk about four concepts or attitudes that will kill your motivation and how you can avoid that. Just four. This is from an article that was in pickthebrain.com, titled “4 Venoms That Kill Your Motivation (And Their Antidotes).” It's amazing how many curious places there are to find interesting things.

There are so many experiences that can kill your motivation. Some of them – your lack of motivation– might be reasonable; in which case you find some alternative.

I had been really motivated in doing something (doesn’t matter what it is) and did it for many, many, many years. Then, things changed and it became unfair just by Mother Nature. It wasn't like a person or a committee that made it unfair. It was the nature of things. And I lost motivation to do it because there was no way to gain traction on it. There was no way to get around what nature did every time. So, I lost my motivation to do that and dropped it as an activity.

Having a lack of motivation about something is not necessarily bad if it gives you time to take a break and rethink the situation to come up with a plan and get excited again. However, there are unhealthy ways you approach a drop in motivation.

The first one I'd like to talk about is comparing yourself to others.

Unless you're completely arrogant, narcissistic, and a pain in the butt, when you compare yourself to others, you usually make yourself worse. The aforementioned make themselves better and everybody else worse.

It's hard not to compare, especially if you're in a competitive situation. Some people, everything is on the win, not the joy.

One of the things you teach your kids when they play sports – if you haven't, you need to start doing that – is that when you lose, it's very important to congratulate the team and the people who won.

You notice the real high-class tennis players, for example, shaking hands and hugging after a match most of the time. Sometimes, there’s a bad apple. Generally speaking, that is what happens. Congratulate the person who won, and it's amazing how just the process of doing that makes you feel less bad because you're doing something good.

Comparing yourself is generally self-destructive. Observing others to learn how to be better is constructive. But most of the time we tear ourselves down, which isn’t good.

“Motivation is high maintenance.” God knows it's true. It isn’t just, ‘I'm motivated today,’ and that's going to hold for the next 10 years.

“It demands a constant influx of stimuli to stay alive. It's like a house plant: keep watering it; put nutrients in the soil. If you don't, it'll wither and die if you don't dedicate time taking care of it.”

“How can you stimulate your motivation every day?” Some people take pictures or draw pictures of what their ultimate goal is and you can leave pictures all over. If you had kids when they were little, you put their pictures on the refrigerator door. Put the pictures of your goal on the door. In other words, constantly remind yourself of what you're working toward.

Have it visible. I don't want you to have to go on your cell phone or iPad. Have them all over the house. ‘That's where I'm going and I'm closer and closer’ keeps you excited.

That was the thing I've always had to work at the hardest, myself personally.

“When you get started on some new kind of project, you have a small period of time where it's just the honeymoon period as they call it. We're excited and we're full of energy.”

We’ve accumulated all the things we need, we're excited, and then it's not easy to learn it in four, three, five days. There's going to be a learning curve.

I've had to struggle with that one. I'm smart, I'm hardworking, I learn, I find teachers, and I just want to go from zero to 100 tomorrow. But I can't, and that makes me grumpy sometimes.

Be careful about unrealistic goals. No matter how smart or competent you may be at so many things, it takes time to learn new things. You have to keep the impatience at bay. How do I do that? I go back to learning some more. I try to talk to somebody who knows how to do this. I look it up, get a book. I look it up on YouTube to see somebody actually doing it, and I can learn faster.

Last but not least? Perfectionism.

“Perfectionism slows you down and puts an unnecessary amount of pressure on your shoulders, not to mention it’s extremely time-consuming.”  It affects your motivation. You tell yourself, it has no value if it's not perfect. But every detail can't be perfect.

Don't sweat every detail. Give up worrying about every tiny thing and overthinking every small aspect. Try to focus on what's really important; what the emotional and ultimate payoff will be. Being detail-oriented is a good thing.

I remember when I was fusing glass for the boutiques, I made one bowl. It was very difficult to do that. You have to make sure everything is flat and everything is heated uniformly. And, of course, the kilns don't necessarily work that way. The glass doesn't necessarily flow evenly on all sides of it. There are so many things out of your control that when it comes out looking really great, it's a miracle. I was very fortunate, most everything I made came out really good.

It came out uneven. One side was lower than the other, despite levelling before the kiln. But glass does what glass is going to do in a mold. You can’t control it. Basically, you get lucky.

I actually tossed it in the trash because it wasn't good enough. The colors were something that's like antiquity. I mean, it was really pretty, but it was uneven. I couldn't tolerate the unevenness.

“What did you just do?” my assistant at the time said. She took it out of the trash and said, “This is beautiful.”

“I know it's beautiful but it's uneven,” I said.

“That's why it's called art,” she replied.

She got me. Art is not perfection; it is expression.

Lo and behold, it was one of the first things to sell. Somebody appreciated that it was art.

Perfectionism could actually keep you from being creative. I learned that lesson big-time that day. 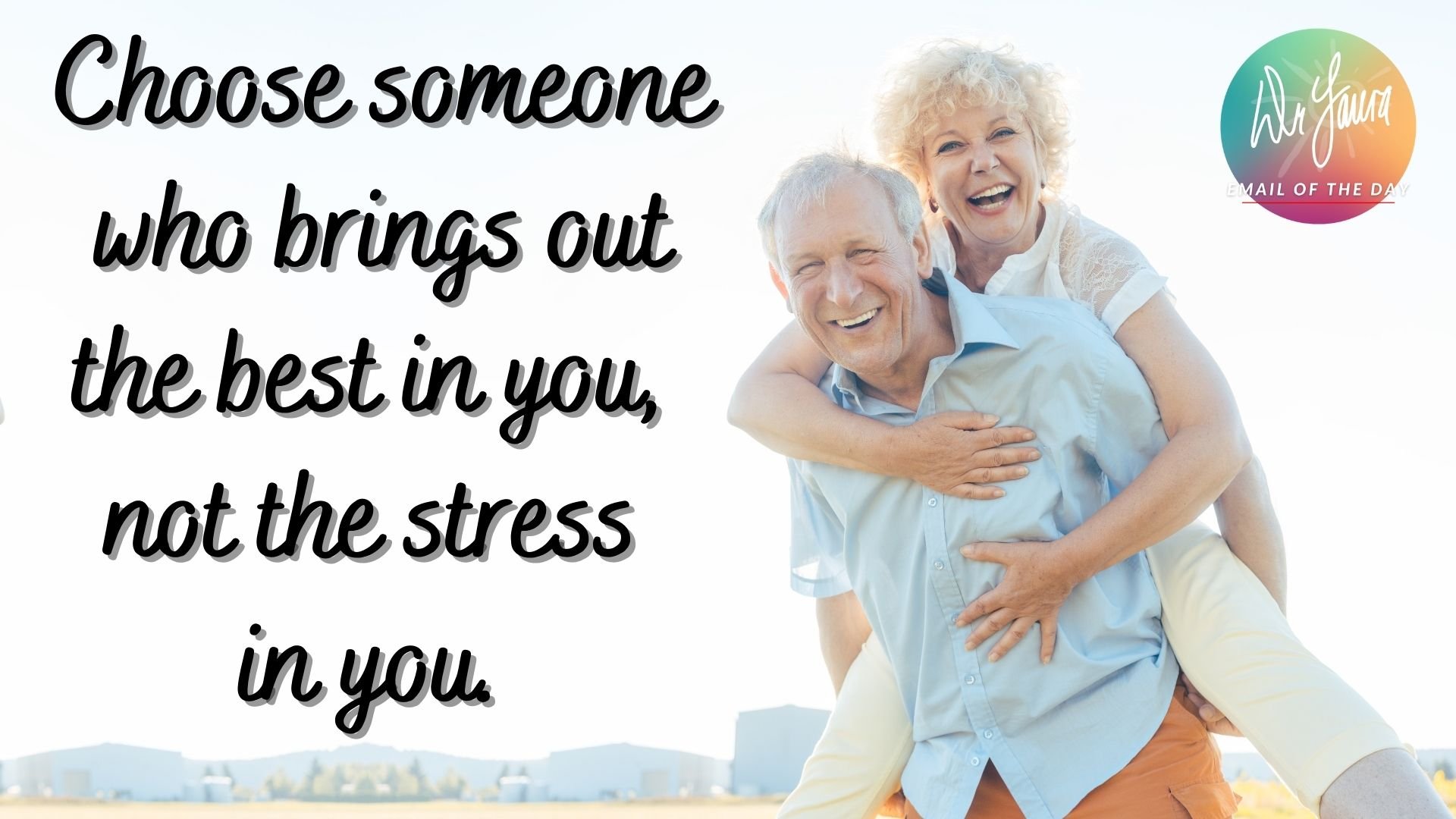 Email of the Day: My Wife Makes Me a Better Man

Email of the Day: I Finally Have the Marriage I Always Dreamed Of 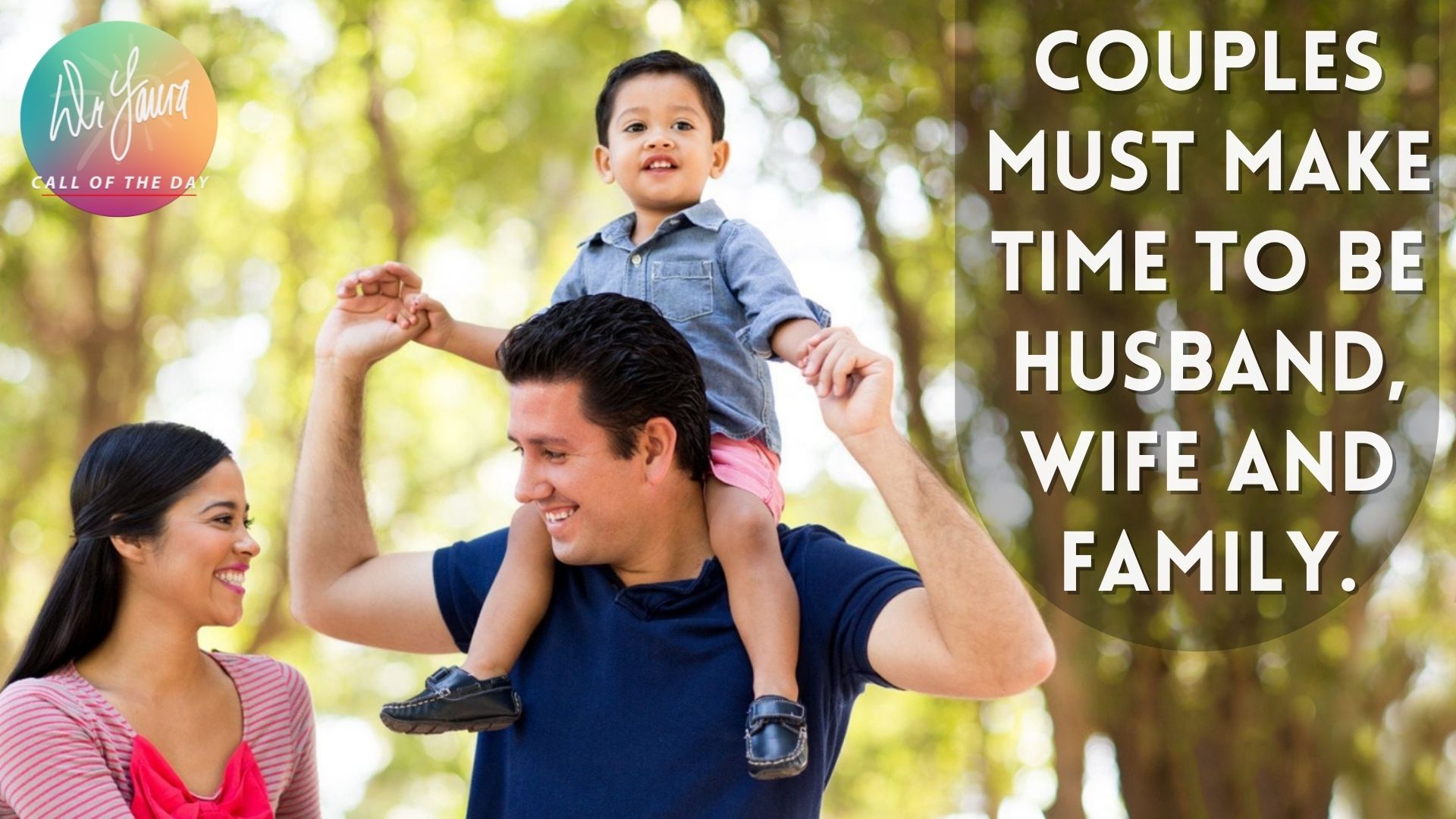 Call of the Day Podcast: I'm Feeling Resentful of My Husband

Call of the Day Podcast: Am I Crazy To Stay With My Husband? 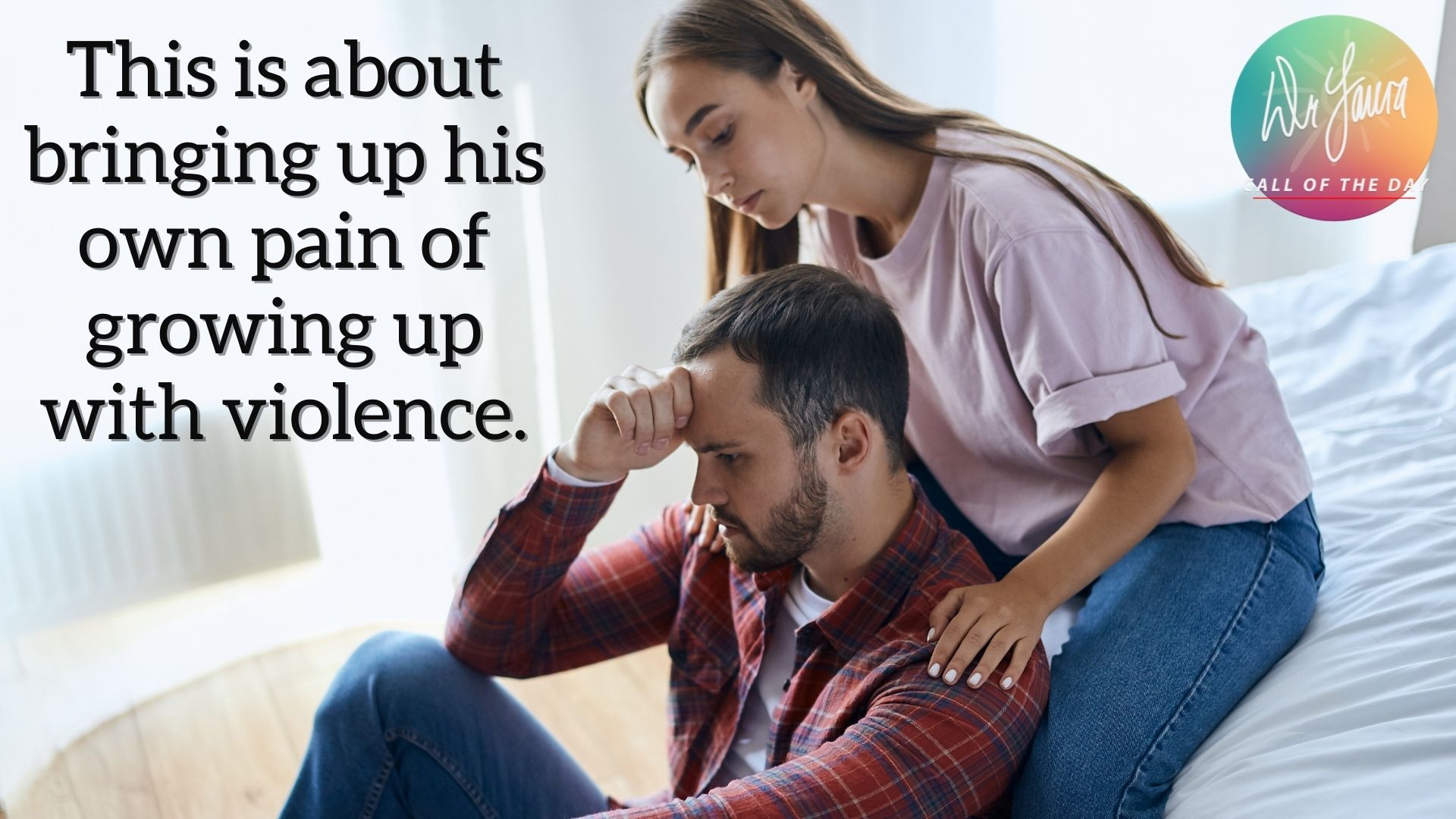 Call of the Day Podcast: My Husband’s Reliving Painful Memories